The French Revolution by Nesta Webster

The French Revolution is no dead event; in turning over the contemporary records of those tremendous days we feel that we are touching live things; from the yellowed pages voices call to us, voices that still vibrate with the passions that stirred them more than a century ago – here the desperate appeal for liberty and justice, there the trumpet-call of “King and Country”; now the story told with tears of death faced gloriously, now a maddened scream of rage against a fellow-man. When in all the history of the world until the present day has human nature shown itself so terrible and so sublime? And is not the fascination that amazing epoch has ever since exercised over the minds of men owing to the fact that the problems it held are still unsolved, that the same movements which originated with it are still at work among us? “What we learn to-day from the study of the Great Revolution,” the anarchist Prince Kropotkin wrote in 1908, “is that it was the source and origin of all the present communist, anarchist, and socialist conceptions.” Indeed Kropotkin goes so far as to declare that “up till now, modern socialism has added absolutely nothing to the ideas that were circulating among the French people between 1789 and 1794, and which it was tried to put into practice in the year II of the Republic (i.e. in the Reign of Terror). 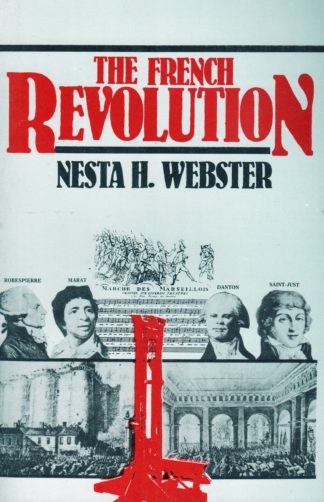 You're viewing: The French Revolution by Nesta Webster $26.00
Add to cart