The Death of Hitler by Jean-Christophe Brisard (Hardback)

Based on unprecedented access to a long-buried archive, a dramatic and revealing account that sheds new light on Hitler’s final hours, his death and his remains.

What actually happened in Hitler’s bunker? What happened to Hitler’s body in those last desperate days after Germany’s surrender? Soviet troops had occupied the Berlin sector where Hitler’s bunker was located–and they found bodies. Or so they said, and they didn’t say much more. Questions have lingered ever since: Did the Russians identify Hitler’s burned corpse? Why did Stalin mislead the world into believing the German dictator had escaped? Without a body, doubts spread like wildfire and fed even wilder fantasies.

After years of negotiations with Russian authorities, Jean-Christophe Brisard and Lana Parshina were finally granted access to secret files detailing the Soviets’ hunt to find and recover Hitler’s body. And buried in those archives they found much more: the layout of the bunker, escape plans, eyewitness accounts of the Führer’s final days–and a small section of a skull with traces of a lethal bullet.

In the Death of Hitler, the authors add new context and perspective to Hitler’s final hours and the days of chaos and mystery that followed his death. Based on previously unseen Soviet archives and the latest scientific findings, the authors reveal the final secrets of one of history’s most fascinating cold cases. 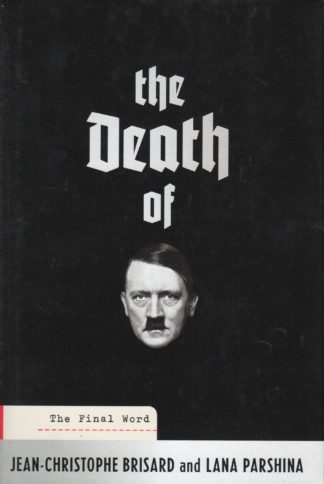 You're viewing: The Death of Hitler by Jean-Christophe Brisard (Hardback) $26.00
Add to cart