The Alamo by John Myers

“The majority of the stories of the Alamo fight have been partly legendary, partly hearsay and at best fragmentary. It has been left to John Myers Myers to present an exhaustively researched book which reveals the chronicle of the siege of the Alamo in an entirely different light. . . . Myers’ story will stand as the best that has yet been written on the Alamo. . . . It’s a classic.”-Boston Post “Here is a historian with the vitality and drive to match his subject. A reporter of the first rank, he can clothe the dry bones of history with the living stuff of which today’s news is made.” 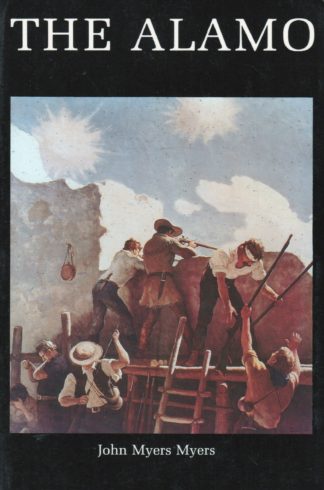 You're viewing: The Alamo by John Myers $8.00
Add to cart