On the Jews & Their Lies by Martin Luther

On is one of the most controversial works by Protestant reformer, Martin Luther. In one of the most notorious chapters in the book, Luther urges the German people to “raze and destroy [the Jews’] houses,” and it is for such statements that the book is best known. But the book also presents some theological arguments against the Judaism (i.e. the Jew’s belief in the circumcision, their classification of themselves as the “Chosen People,” and the Jews’ denial of Christ as the Messiah).

Condition Note: Very good but with rust on staples 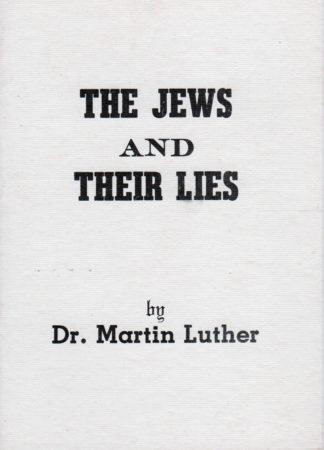 You're viewing: On the Jews & Their Lies by Martin Luther $5.00
Add to cart