Understand the rise of a dangerous ideology.

There is renewed interest in the Nazi Party that ruled Germany as a fascist state from 1933 to 1945 under the leadership of Adolf Hitler. However, the events that led to the rise of Nazism-and the near victory of the Axis Powers in World War II-date back to the economics and politics of 1860s Europe.

From fascinating facts on the iron-fisted rulers who forged a new German empire to clear analysis of the Third Reich’s psychological, political, and military underpinnings, learn all there is to know about the rise and fall of Hitler’s Nazi Germany, including:

+ The unification of Germany and the formation of the first empire under Prussian chancellor Otto von Bismarck.

+ How the Versailles Treaty’s disarmament of Germany after World War I failed to ensure peace.

+ Adolf Hitler’s evolution from an imprisoned revolutionary to Nazi dictator.

+ The Nazi reign over Germany and occupied countries-including the military strategies of World War II.

+ The German military officers who plotted to assassinate Hitler.

+ The justifications behind the Nuremberg trials 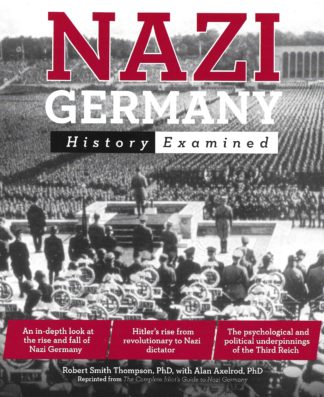