Lindbergh by A. Scott Berg

Bestselling author and National Book Award winner A. Scott Berg is the first and only writer to be given unrestricted access to the massive Lindbergh archives – more than two thousand boxes of personal papers, including reams of unpublished letters and diaries–and to be allowed freely to interview Lindbergh’s friends, colleagues, and family members, including his children and his widow, Anne Morrow Lindbergh. The result is a brilliant biography that clarifies a life-long blurred by myth and half-truth. From the moment he landed in Paris on May 21, 1927, Lindbergh found himself thrust on an odyssey for which he was ill-prepared – becoming the first modern media superstar, deified and demonized many times over in a single lifetime. Berg casts dramatic new light on the lonely, sometimes twisted childhood that formed the aviator’s character; the astonishing transatlantic flight and thrilling, then overwhelming aftermath; the controversies surrounding the trial of his son’s kidnapper, Lindbergh’s fascination with Hitler’s Germany and his leadership of America First; his remarkable unsung work in the fields of medical research, rocketry, anthropology, and conservation; and, at the heart of it all, his fascinating, complex marriage to Anne Morrow Lindbergh, a relationship filled with sudden joy and bitter darkness. In all, it is a most compelling story of a most significant life–the most private of public figures finally revealed with a sweep and detail never before possible. In the skilled hands of A. Scott Berg, this is Lindbergh the hero – and Lindbergh the man.

Be the first to review “Lindbergh by A. Scott Berg” Cancel reply 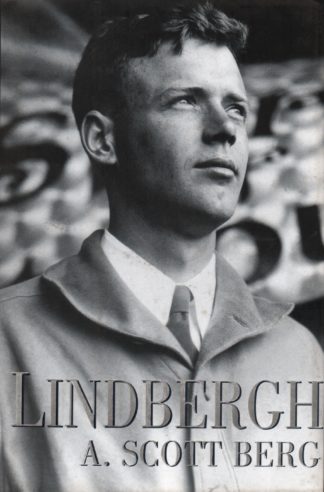