Operating in secret on a world-wide basis, massive money power, in enemy hands, today is being manipulated to destroy nations and bring on revolution and slaughter. The gigantic conspiracy, now believed to be in its final stages, is preparing the last great clash of contending races and political ideologies. Should it succeed, its intended victims either will be dead or enslaved to alien masters, for the winner in this titanic struggle will have conquered the earth and all its inhabitants. Fantastic? Incredible? Is this just an obsession of extremist fright-peddlers of the so-called right? On the contrary the conspirators who now seek world domination count on general disbelief so that they may deceive, surprise and overcome those whom they would destroy. The Author believes that once Americans understand and are fully alerted, they will come awake to present dangers and act to crush the plotters future plans before it is too late. 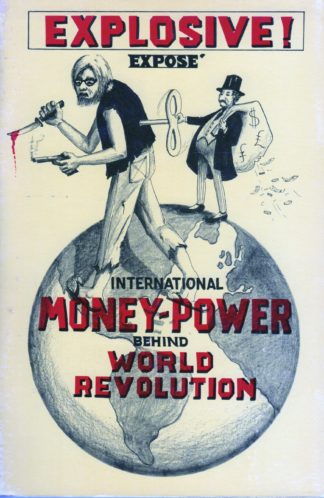