The Philosophy of History and Politics

Written without notes in Ireland, and first published pseudonymously in 1948, Imperium is Francis Parker Yockey’s masterpiece. It is a critique of 19th-century rationalism and materialism, synthesizing Oswald Spengler, Carl Schmitt, and Klaus Haushofer’s geopolitics. In particular, it rethinks the themes of Spengler’s The Decline of the West in an effort to account for the United States’ then recent involvement in World War II and for the task bequeathed to Europe’s political soldiers in the struggle to unite the Continent heroically, rather than economically in the realization of the destiny implied in European High Culture.

Yockey’s radical attack on liberal thought, especially that embodied by Americanism (distinct from America or Americans), condemned his work to obscurity, its appeal limited to the post-war fascist underground. Yet, Imperium transcends both the immediate post-war situation and its initial readership: it opened pathways to a deconstruction of liberalism, and introduced the concept of cultural vitalism – the organic conceptualization of culture, with all that attends to it. These contributions are even more relevant now than in their day, and provide us with a deeper understanding of, as well as tools to deal with, the situation in the West in current century.

It is with this in mind that the present, 900-page, fully-annotated edition is offered, complete with a major foreword by Dr. Kerry Bolton, Julius Evola’s review as an afterword (in a fresh new translation), a comprehensive index, a chronology of Yockey’s life, and an appendix, revealing, for the first time, much previously unknown information about the author’s genealogical background. 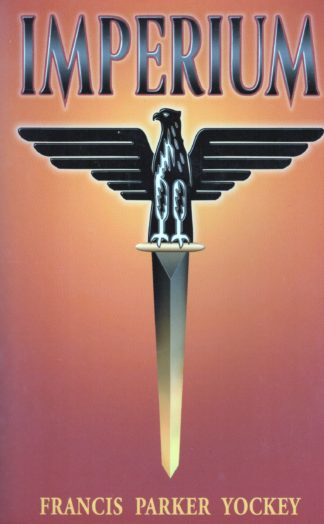 You're viewing: Imperium by Francis Parker Yockey $30.00
Add to cart