An Emmy Award–winning author and historian delves into the brutal early life of the man who would become Nazi Germany’s maniacal dictator.

Between 1889 and 1924, Adolph Hitler’s political outlook was borne out of vicious incidents that heralded the formation of the Sturmabteilung—the notorious SA. Drawing extensively on Hitler’s own biographical account in Mein Kampf, Bob Carruthers illustrates how these events influenced the future führer’s worldview and led directly to the Beer Hall Putsch of 1923.

Hitler’s difficult relationship with his cruel father, his harsh experiences in Vienna, and his involvement in the Great War all conditioned him to celebrate violent acts. By Hitler’s own account, his complete disregard for the consequences of his actions was vindicated by his victories in fierce encounters including beer hall brawls and street battles. Each successive triumph over adversity influenced his decision-making process, imbuing him with a love of violence and culminating in the ill-fated events of November 1924, which saw Hitler imprisoned for the second time.

Carruthers also explores the parallel growth of the SA from a small group of fist fighters to a feared paramilitary force along with a comprehensive survey of the violent events between 1920 and 1924, which shaped this infamous political instrument of terror alongside the man who instigated World War II. 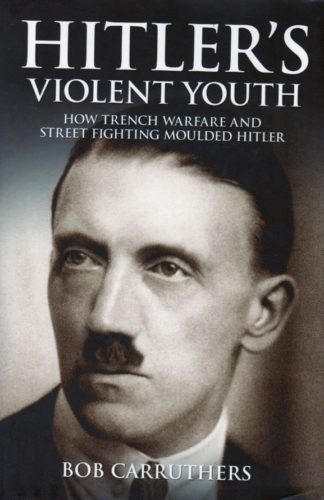