View cart “The Inevitable Domination by Man by Seymour W. Itzkoff” has been added to your cart.

This well-researched book provides realistic insight into the Roman way of life and what the Roman Wall was like when in use. It tells us about the soldiers who built and garrisoned it and the civilians who lived in the towns and villages scattered along its length. Never before has such a grand attempt been made to show in vivid colorful detail the life of Roman Britain. Every building to be found inside the Roman forts and camps has been carefully reconstructed. Together with its extensive explanations of the many archaeological finds from this area, this is an important, informative, and easily accessible resource for anyone interested specifically in Hadrian’s Wall, or in the Romano-British period in general. 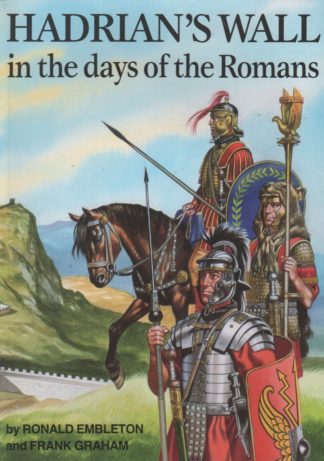 You're viewing: Hadrian’s Wall in the Days of the Romans by Ronald Embleton $5.00
Add to cart